Mahogany and Lace at SODO Park

Just wanted to share a couple of images from Friday’s beautiful wedding at the gorgeous SODO Park. I’m a huge book worm so it was wonderful to work with the bride on a vintage book theme in a tribute to her just-this-minute-earned PhD in English. A

fabulous venue, Angela and Evan behind the cameras and a stunning bride and groom…I can’t wait to share more details with you soon. 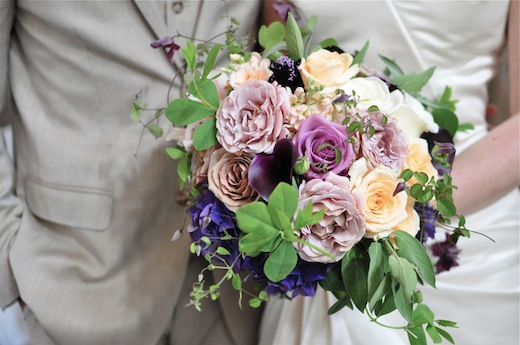 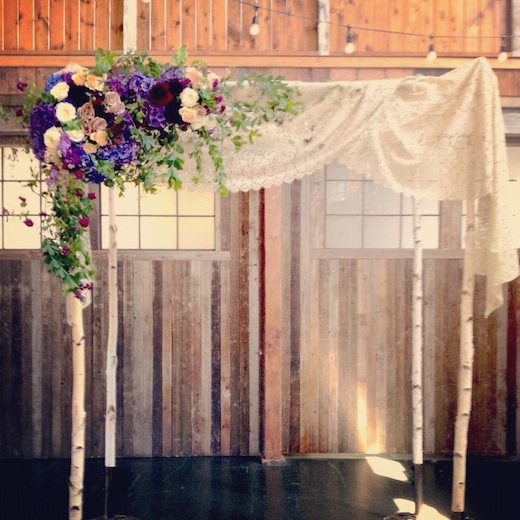 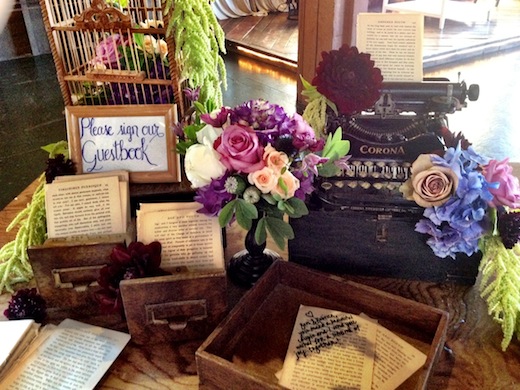 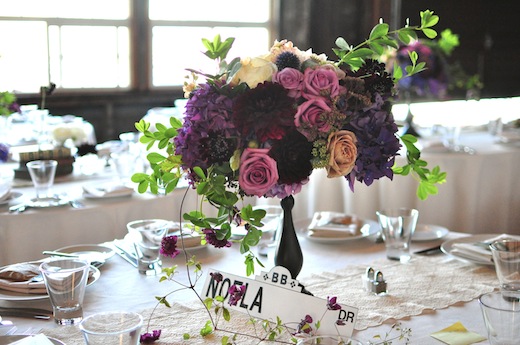 Laura & Majid’s Plum and Marigold Wedding at the Edgewater

I worked with Laura and Majid for a full year on the design of their wedding, so as you can imagine the style and palette changed a bit here and there but the final result was well worth the extra work. I loved the unusual plum and marigold color palette from the start – such a fun and vibrant look – but Laura wanted a vintage twist so we settled for blush pink and grey accents to tone things down.

The Edgewater is a great venue – stunning location with gorgeous crystal chandeliers contrasting with a modern wood paneled ceiling – and their staff is super helpful. As I was setting up, the room was so warm that the tulips and dogwood was starting to wilt – a florist’s nightmare! The banquet manager kindly turned on the AC for me and everything perked back up. Phew!

These pictures are all by the talented Angela and Evan Carlyle. 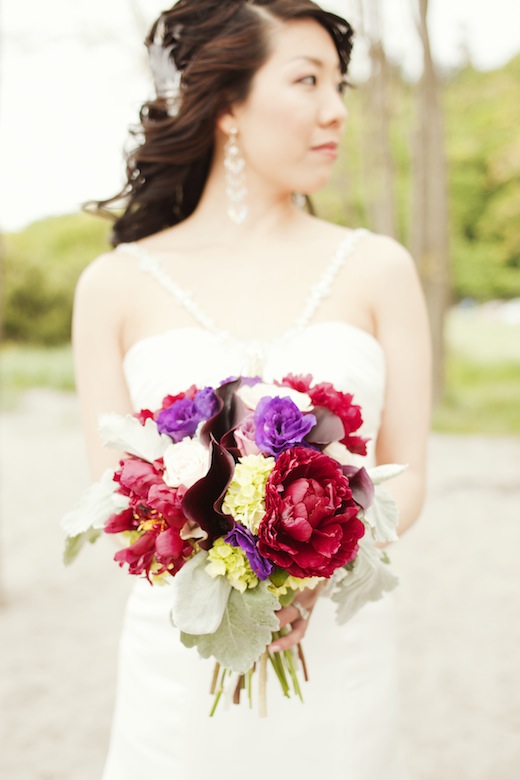 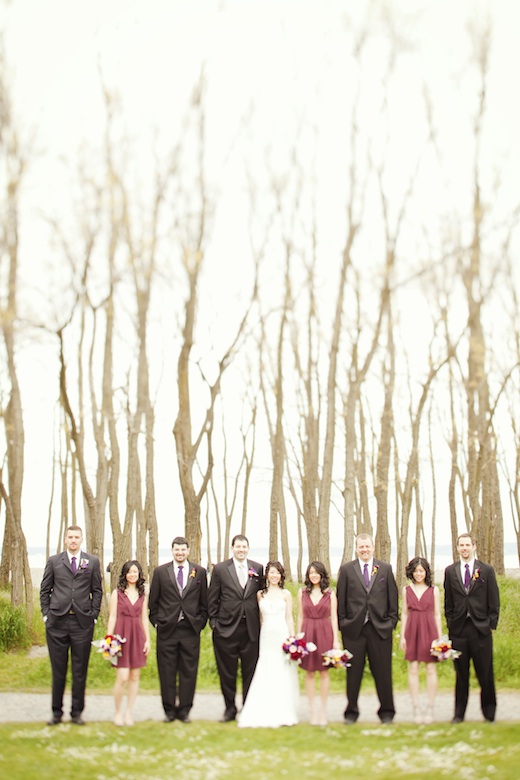 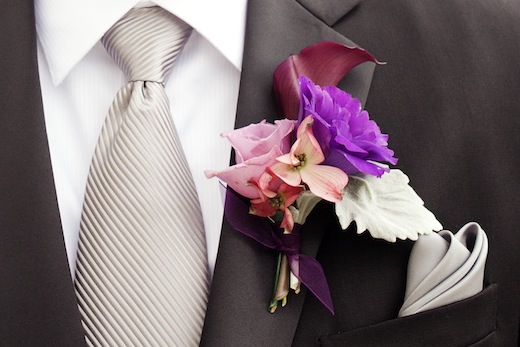 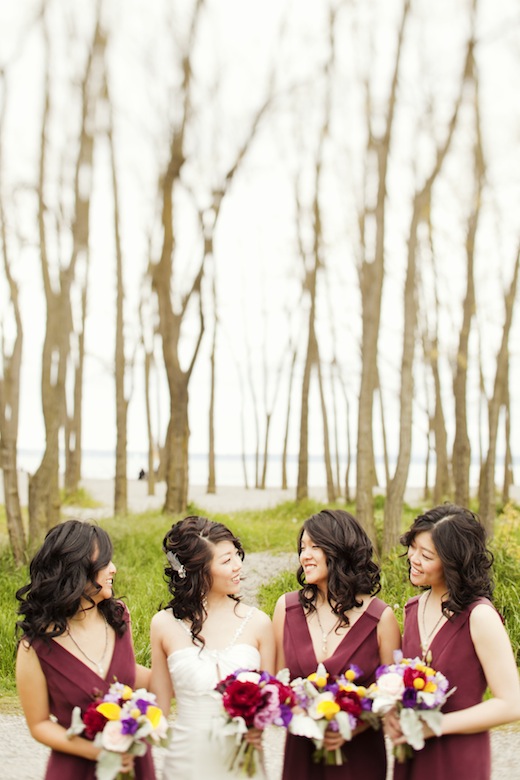 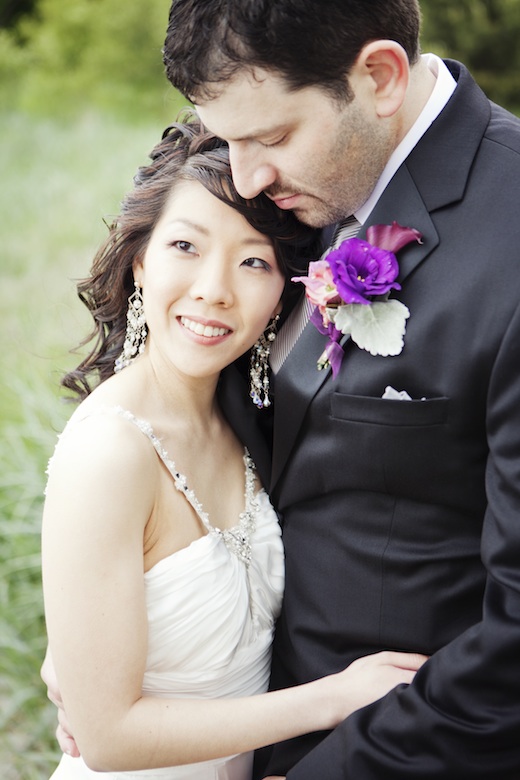 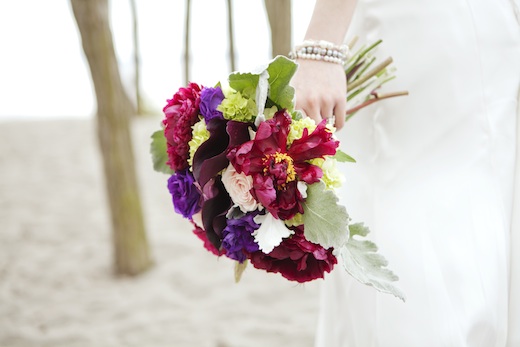 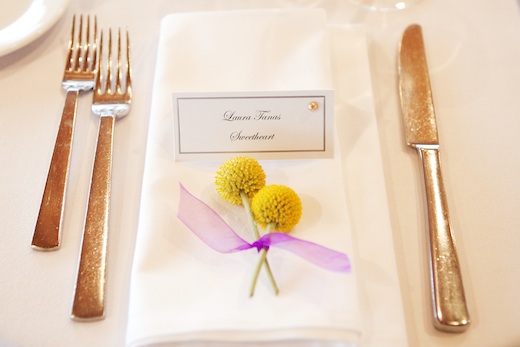 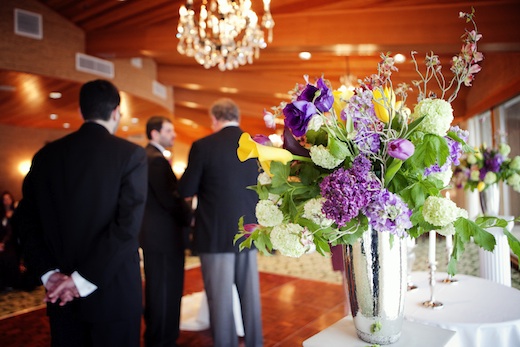 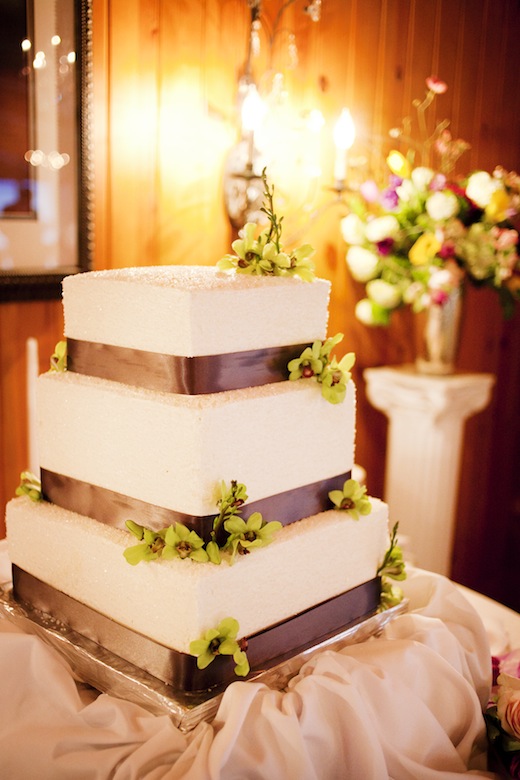 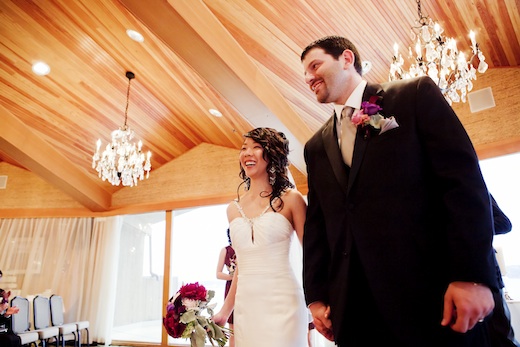 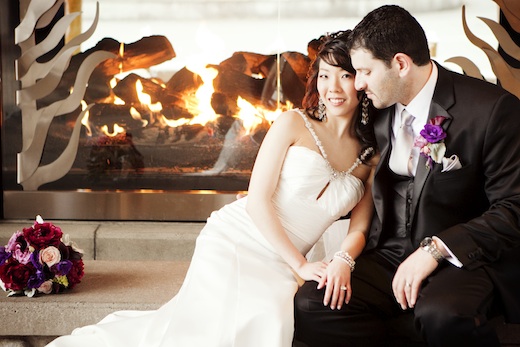 I’ll let you in on a secret. My client desperately wanted pink and green parrot tulips but there weren’t any to be had. These white and green ones were too lovely for words but they just wouldn’t do. So I dyed them. Yep. Spray painted just the white tips with the palest pale pink floral dye. My fingers too…watercolor painting indeed.

If I was designing flowers for the Royal Wedding… 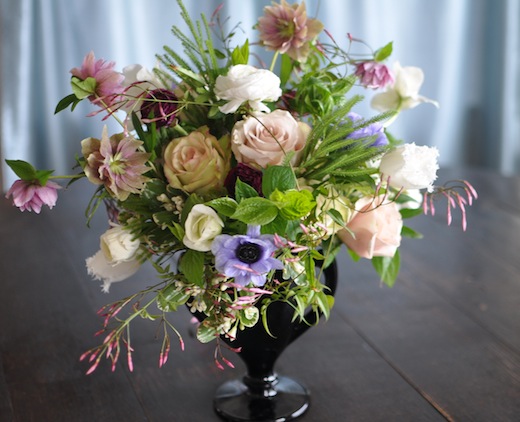 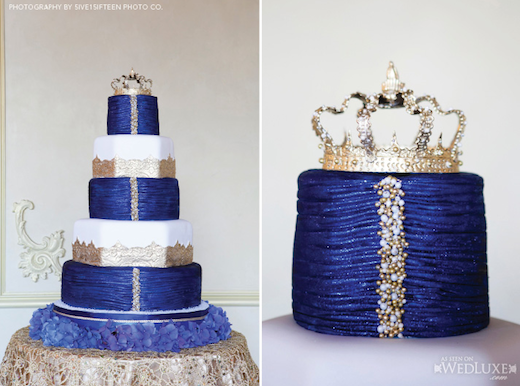 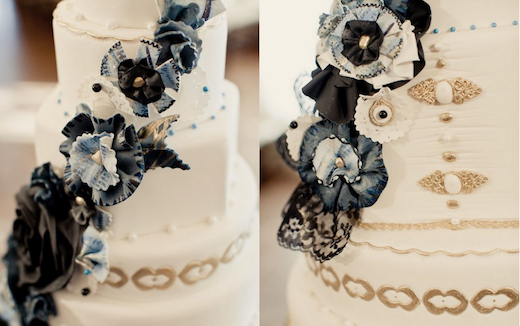 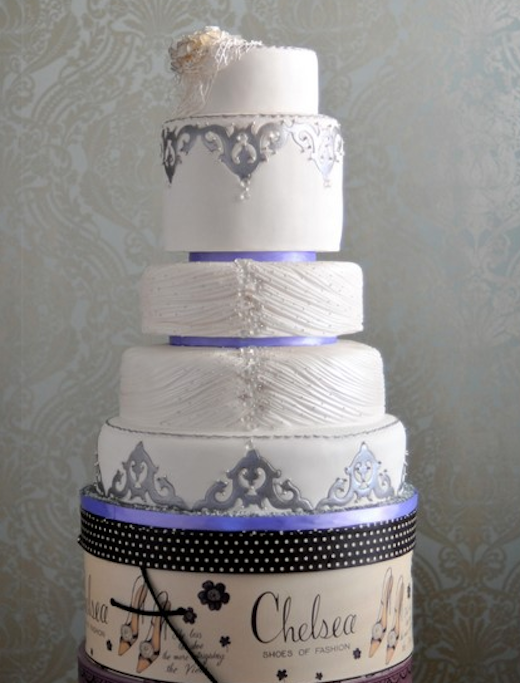 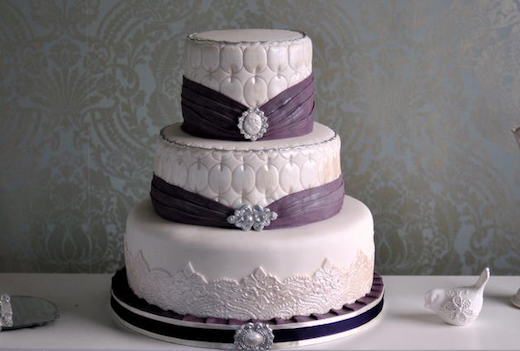 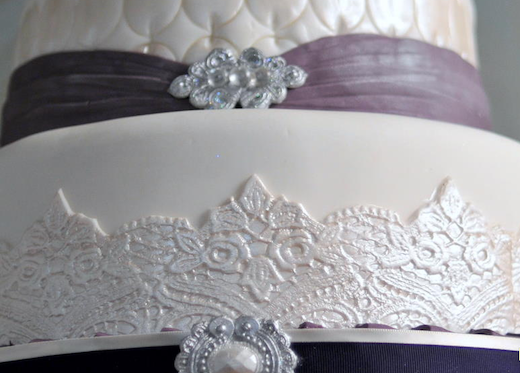 to a newsstand near you… 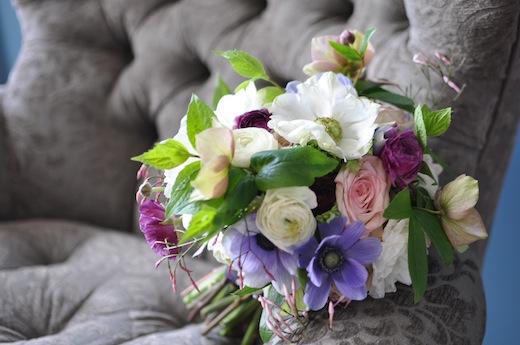 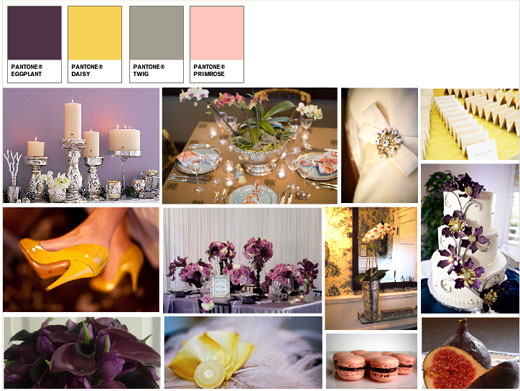